Homeland to some of Colombia's finest talents, Apartadó gave birth to an extremely talented midfielder in 2007. Since then, life has taken him to southern Germany, where a very loving family welcomed him and took him under their wings. His name is Tiago Poller and currently, he amazes Hoffenheim's youth system.

At just the age of 14, he portraits the mindset of a very mature young person and a very disciplined player with lots of potential at his feet. With Hoffeiheim's communications team's help, he and his family gifted Balón Latino some of their time to speak and get to know Tiago's story closer.

From Colombia to Germany

BL: First of all, regarding your story. As far as I know, you were born in Apartadó, Colombia, and then moved to Germany. So, I would like to know how did you end up in Germany?

T: I was born in Apartadó in northern Colombia in 2007. I spent the first 3 years of my life there. Due to family issues and reasons, it was not possible to grow up with my natural family. I was placed in a foster family who lovingly looked after me and were very caring, I lived there for almost 3 years before my adoptive parents from Germany adopted me in 2010. I have been living near Stuttgart, a large city in southern Germany, for 11 years now.

Do you remember something from your time in Colombia? If so, what do you recall?

I have only very vague memories of my time in Colombia because I was still too young to be able to remember anything. For example, I remember that there were a lot of horses in my home country and that I always played with the ball and even fell asleep with the ball in my arms. I can still remember a little bit about the time of the adoption and getting to know my new family. But I only know most of it from my parents' stories.

Following this, how is your life in Germany?

I feel very much at home in Germany. My family welcomed me in a very friendly and loving manner and supported me very much in everything, so that I could quickly settle in Germany. My brother Juan, who is 6 years older than me, also helped me a lot. He was also adopted from Colombia 8 years earlier and comes from the Quindío department. I get on very well with him and we have an intimate and maty relationship. Of course, I have no comparison to Colombia and how my life there would have been so far. I really appreciate life here in Germany and the opportunities that school and football offer me to achieve my goals and dreams. Nevertheless, I am very proud of my Colombian roots, carry Colombia deep in my heart, and would like to get to know the country better in the future.

Regarding Colombia, what is your relationship with the country? Do you follow Colombian football or the Colombian national team?

Because of my young age at the time of adoption, I can remember little. I know Colombia almost exclusively from the stories told by my parents and from reports in the media. The country makes a wonderful and interesting impression on me and I would like to visit and travel to Colombia at some point. I am well informed in European and German football. I don't know Colombian football that much but I watch the Colombian national team's games, especially at FIFA World Cup and from time to time Categoría Primera A games, if I can find a suitable webstream.

BL: Now, being in Germany, you started playing for Hoffenheim’s youth set-up, since when do you play football? Where did you get the passion for the sport from?

T: I love football and have been playing since I was able to run. The ball has always been my best friend and my favorite toy. At the age of four and a half, I started playing football in my home club, TGV Eintracht Beilstein. Very soon I was playing one or two grades higher against older kids. I am particularly proud of the fact that I scored 147 goals in tournaments in one season. From Beilstein I then moved to SGV Freiberg. After a year I went to the Stuttgarter Kickers and after two years my path led me to VfB Stuttgart. I played at VfB for two years before TSG 1899 Hoffenheim convinced me with a great development plan to move there.

In Hoffenheim, I was originally intended for the team of my 2007 (U13) class, but after only three months I was moved up to the U14 class of 2006 and played the U14 and U15 seasons with the team. In January of this year, I was allowed to train and play with the U16s (class of 2005) for five months. It was an exciting challenge for me to play against boys two or even three years older than me and I learned a lot during that time. I've been playing football for Hoffenheim for two years now and I feel very comfortable there. I can feel the enormous appreciation and trust of the club and the coaches.

The passion to play football I probably inherited from my Colombian roots, because I know from stories that for me as a small child there was nothing else than playing with the ball. Football is very important to me and has a great place in my life because my ultimate goal is to become a professional footballer one day.

BL: What does it mean to be a part of a club like Hoffenheim?

T: It means a lot to me to play at a club like Hoffenheim and get first-class football and school education there. Hoffenheim has one of the most innovative and best football academies in Germany and is known for it throughout Germany. I feel a lot of trust in myself as a person and player and I feel really good in Hoffenheim.

I’ve noticed from some photos that you have been captaining your team recently, what does it mean to be captain for you?

Of course, it makes me incredibly proud to be the captain of my team and to feel the trust of my teammates and coaches. I really enjoy being responsible and want to be a role model on and off the pitch. I dedicate myself to every training and game and try to improve constantly.

Preparation is key for success

BL: You seem to be very ambitious. Are you the type of player who is also doing extra work? Nowadays a lot of top players do this extra work

T: I invest a lot of time in additional work to get better. For over a year I have been doing neuro athletics training with Malte Hartmann from Input 1st to improve my neural skills, my performance, and my game. My brother Juan is often joining the training sessions with Malte and supports us. Juan supports me in a lot of things, including football, and is an important advisor to me because he used to play football himself.

I also watch a lot of soccer games and I especially watch out for players who play in the same positions as me to learn from them and add the good things to my game. To clear my head, I also like to go BMX riding with my boys. We have a cool half-pipe around the corner.

As I have read, you usually play as a midfielder, but for all of us that haven’t had the chance of watching you play, how would you describe yourself as a player? Who do you look up to in the field?

Describing oneself is not that easy. I am a very ambitious and focused player who wants to win every game. In training and in games, I always try to give more than 100%. One of my strengths is my good understanding of the game. This enables me to recognize game situations even under pressure and also create new game situations that surprise my opponents. I think I am also good at directing and leading a game, I communicate a lot on the pitch. I see my enormous mental strength and my ball-winning ability in one-on-one situations as further good qualities.

Looking forward to a promising career

BL: How do you see your future as a player?

As I understand, you have both Colombian and German nationality, have you considered your international footballing career? Do you prefer representing any of both countries?

Of course, it would be a great honor for me to play for one of these national teams one day, but since there is still a long way to go, I haven't really given it much thought. For now, I am focusing on my personal development on and off the pitch. I am focusing on my training in my club and getting good grades in school to qualify for my A-Levels. I would like to do my Abitur (A-Levels, bachiller) in order to be prepared for a different path in life, in case the professional career does not work out.

For the Spanish version of the interview follow this link. 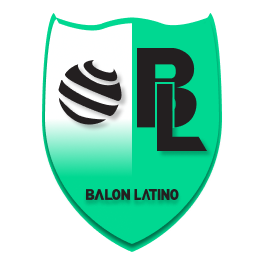